At what point do you consider someone a scientist?!? 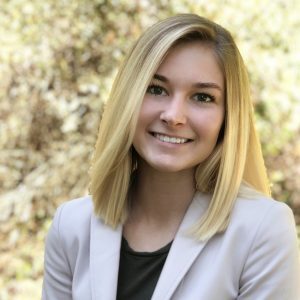 While scrolling through Twitter late one night, I came across a tweet from an academic advice account. The tweet read, “at what point do we consider someone a scientist? Is it when they graduate with a Ph.D.? Is it when someone achieves full tenure? Is it after publishing?” It had such a profound impact on the way I started to think about scientists. Up until this point, when thinking about what a scientist is, my mind automatically conjured up an image of a generic Albert Einstein. Why not Marie Curie? Why not Rosalind Franklin? Barbara McClintock? And why does an image of myself, a Ph.D. student studying science, not come up either? This thought sticks with me because my “imposter syndrome” also burdens me, making me question if I’m a real scientist at all.

I keep coming back to this tweet. I even love that the answer to the question isn’t in the tweet. It was almost as if the person wanted anyone who came across it to stop and think about it instead of being told where to draw the line.

Instead, I came up with my own answer to the question.

A scientist should be considered anyone brave enough to ask questions and daring enough to pursue the answers.

About the Author: Madison Moore

Madison is a 2020 Cohort GG Scholar and a 3rd year PhD student in the Functional Genomics graduate program. Her research area involves utilizing bioreactors to study the gut microbiome in vitro for probiotic development and broader human health applications