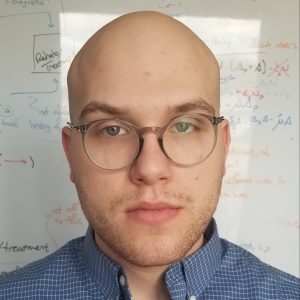 What brought me to make this post were comments from a friend of mine concerning the distribution of vaccines in D.C., where he lives. He found it curious that vaccine distribution — that is, the percentage of individuals that were vaccinated — is strongly correlated with wealth. Digging a little deeper revealed this was more than a hunch. At the time of writing, the population of the wealthiest ward in D.C. (Ward 3) sits at 30% vaccination coverage, while the ward with the lowest median household income, Ward 8, only has a measly 14% of its population vaccinated. This info is updated daily and can be found here.

As is often the case, these disparities fall disproportionately on minority demographics, as the population of Ward 8 is 92% Black/African American, according to recent demographic data. The difference is stark and has already received media attention, motivating greater action in recent months. The big question is why there is such a significant difference in vaccine coverage across the wards in D.C.?

Given the demographics of the wards, I’ve seen many argue that vaccine hesitancy could have a part to play in these discrepancies. The reasoning being that more hesitant individuals mean lower overall vaccination rates. A survey conducted by Texas A&M last year found that Blacks/African Americans as a demographic had some of the highest vaccine hesitancy rates [2], which might explain the lopsided D.C. vaccination progress. Because of historical abuses leading to a justified distrust of the medical establishment, vaccine hesitancy is typically higher in Black/African American communities (see e.g. the discussion in [3]). However, the Texas A&M study was conducted before any vaccines had been manufactured, which leads us to wonder just how much of a contributing factor this is to the D.C. numbers currently. Lucky for us, recent hesitancy data is reported through the U.S. Census Bureau’s Household Pulse Survey, which provides state and national level data for both vaccine administration and vaccine hesitancy. These data as well as more information concerning the survey can be found on their website.

Perhaps most interesting about the data is that we can see how the reported quantities change with time. At the end of the most recent data collection period at the time of writing (April 26), non-Hispanic Black respondents had a vaccine hesitancy of only 12.4%, compared to 12.0% in non-Hispanic Whites. As shown in Figure 1, hesitancy rates fell as the pandemic ramped up, most likely due to individuals feeling more comfortable taking the vaccine after others had taken it.

The vaccine hesitancy of D.C. residents during this most recent period came back at only 5% according to the same set of data. These data suggest that equitable vaccine distribution is not an issue of hesitancy, even when controlling for differences along demographic lines, but something else. That something else is wealth.

As mentioned above, there is a strong correlation between vaccination coverage and median household income in D.C.’s wards. Vaccination coverage seems to follow the money, and this isn’t exclusive to D.C. either, but many states as well. In these situations, wealth gaps tend to exacerbate the differences observed in vaccine coverage (this is nothing new, see e.g. [1]). It doesn’t take long to find examples of wealthy individuals/communities enjoying prioritized access to vaccines over, and often at the expense of, the general public. Because of wealth disparities in American communities, exemplified by D.C.’s wards, these inequities fall disproportionately on minority demographics.

This trend persists when you look at things from an international perspective as well, with more than 87% of the world’s COVID vaccine supply going to wealthy countries, according to WHO. At a press conference on March 22, WHO Director-General Dr. Tedros Adhanom Ghebreyesus stated

Countries that are now vaccinating younger, healthy people at low-risk of disease are doing so at the cost of the lives of health workers, older people, and other at-risk groups in other countries.

He continues by explaining that in doing so, this only buys short-term security, as unabated COVID-19 transmission in other countries creates more transmission, variance, and may possibly allow for vaccine evasion. Currently, the CDC has identified five variants of the SARS-CoV-2 virus that are of high consequence. Some may sound familiar because of the country they were first identified in. These are, with their respective first country of identification in parentheses: B.1.1.7 (U.K.), B.1.351 (South Africa), P.1 (Japan), B.1.427 (U.S.), and B.1.429 (U.S.). Whether or not these variants could have been avoided with more equitable vaccine distribution we will never know, but this is a risk we do not want to take.

Inequity in vaccine distribution is just one piece of a much larger puzzle. The pandemic has brought to light many problems, both social and political, that are much more difficult in addressing than the virus itself. I touched on a few topics above that made headlines in recent months, but there remains plenty to be discussed. The main takeaway from all this is how public health discrepancies can magnify the consequences of the pandemic, which inevitably fall disproportionately on already disadvantaged populations. Let us hope that this pandemic acts as a catalyst to stimulate the change needed to address and resolve these problems moving forward.