What I Learned Dancing to Bomba Music: A Compare and Contrast of the Conference Experience 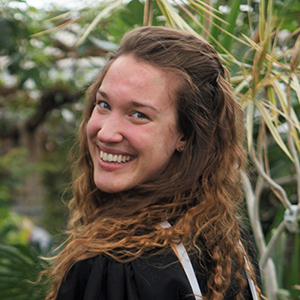 In October of 2022, I attended a conference put on by the Society for the Advancement of Chicanos/Hispanics and Native Americans in Science (SACNAS) in San Juan, Puerto Rico. Having attended an academic conference in Plant Biology in North Carolina just two weeks prior, I was struck by the marked differences between these two networking and learning experiences—having a conference open with Bomba music and cultural dance is markedly different from light refreshments and polite conversation, I would say. Of course, I recognize the different contexts in which these conferences took place. SACNAS is by definition, an organization that prioritizes inclusion, and the conference itself is designed to promote diversity in STEM (science, technology, engineering, and maths). It is natural then that a field-focused conference, like Plant Biology, would take on a more formal attitude by comparison. After attending both these conferences, I found myself imagining what it would be like to add some of the SACNAS “pizzaz” to more traditional academic conferences.

So, without further ado, here are my three preliminary suggestions for a SACNified conference experience:

1. Where is the music? Every good public event has musical interludes between speakers. I want to hear what songs my academic icons are cranking up to full blast at 8 am during their morning commute. Give me 10 seconds of Shania Twain in between sessions of Ethylene Signaling and CRISPR Genome Editing, please.

2. Let’s get active. Breakfast is always slow going. Short of the brave souls who make it down to the first session with ten seconds to spare, the room contains at least thirty people making idle chit-chat. I, for one would benefit from a five-minute stretch session, and for those feeling more courageous, a little impromptu dance number at the end of the day would be good for the soul.

3. Schedule time for us to talk with each other and not at each other within the conference agenda. Even one round-table discussion would be an excellent way to introduce some variability into the program. Particular situations where this would be most beneficial in my opinion would be to include talks from industry partners or prominent scientists where new technologies are being created. Allow participants to engage with this new information in real time so that we can talk about the science and its economic or societal implications.

Now, while it is a lovely exercise to pitch these suggestions, it does cause me to dwell on why I do not see these sorts of things taking place at the average conference. I think part of it could be the result of academic tradition which stems from a non-diverse context, and I suppose we keep to the script because it works. However, when I hear or see scientists and students from nontraditional backgrounds speak about their worldviews, ambitions, and values I encounter new perspectives. For example, how joy can play a big role in one’s scientific career, or how rest is productive, and community is essential. 2 For the most part, I want to explore the topics of joy and rest, although it is self-evident to me that the community feeds into both these things.

During my brief year and a half in graduate school, I hear and discuss with my peers the pitfalls and frustrations of research. My exposure to how professionals describe their daily work life often includes words like: fulfilling, time-consuming, rewarding, difficult… Some of these words are positive, and some are negative, but none really communicate true joy. Fulfillment typically comes from visualizing or understanding one’s overarching professional goals or societal impact, but not from the habitual tasks of daily benchwork. The same goes for feelings of reward. These are fleeting and often materialise toward the end of a project. One of my professors, before the start of each class, would say with a warm smile, “Did anyone discover anything yet?” To which we (the class) might respond with, “Not yet”, “Not quite”, or, “Almost”. I did not dislike this exercise, it was viewed very positively by myself and my peers, but it does reinforce the idea that rewards are associated with outcomes, and this to me does not represent a joy that lasts. I want to experience joy after doing the same PCR reaction for the forty-third time. I want to giggle every time I see the bubbles from a forming precipitate during an RNA extraction. I think there are many joys to be had during the eight-hour strain of a day at the lab bench if we only take the time to seek them out and invest in them. For the sake of my restfulness, I intend to take the liberty of devoting an entire blog post to this in the future as I simply cannot do it justice at this present moment.

This leads me to my final point on rest: we need it. When inquiring after how someone is doing, how often do they respond—oftentimes smiling—with, “I’m so busy.” We venerate busyness and admire those committed to “the grind”. As I go through life however, I am beginning to wonder whether such a trait is to be revered or called out for stupidity. I recognise that there are periods of life when we need to push through an above average workload, but for this to be the expectation and not the exception is a damaging ideology to maintain. The fact that students— myself included—feel guilty for going on vacation or taking an afternoon off to spend time with friends or family tells me a lot about how we internalise the rhetoric associated with North American work culture and productivity. Rest is productive. We need periods of rest to prevent burn-out. If a full twenty-four hour rest period is what it takes for someone to come back to work on Monday with a clear mind, then we should be celebrating those times of rest, not disparaging them, or feeling guilty about them.

Joyfulness, rest, community. To me, these things help build a positive graduate school experience and could also help build a different kind of conference experience. Perhaps the closest, most unwitting protest to the formality of conventional conferences presently is observing the professors, post-docs, and graduate students gradually transition into something resembling sweatpants by day three when the final keynote takes to the floor. So I say let’s step things up a notch. Let’s find space and time to be joyful and playful during our hallowed conference time. “Working hard” isn’t all it’s cracked up to be.

About the Author: Bethany Mostert

Bethany is a 2021/2022 GG Scholar and a PhD student in the Plant Biology Program at NC State.

The Genetics and Genomics Academy's GG Scholars program is building future scientists in cutting-edge, synergistic research in the field of genetics.

TODAY in Stephens Room and on Zoom at 1:30, hear about Dr. Carter Clinton's genomic research on historical African-American populations. Learn more about his research here! https://youtu.be/7lRFObgebg8

Stephens Room is the place to be next week! Hope to see you both on Monday, for our regularly scheduled Seminar Series with Dr. Rosenthal, and on Thursday as we re-welcome last semester's speaker, Carter Clinton. Same time, same place!